In 2005, the director of the planned Stadtmuseum in Wiesbaden discovered a group of early seventeenth-century carved oak panels in the cellar of the old town hall and found out that they had been commissioned around 1609 by the Wiesbaden city council from a Strasbourg sculptor for the half-timbered façade of the town hall. Depicting the Seven Cardinal Virtues, the panels were intended to symbolise the council’s commitment to the humanist and Christian tradition that underpinned them.

Depicting the Seven Cardinal Virtues, the panels were intended to symbolise the council’s commitment to the humanist and Christian tradition that underpinned them. During the refurbishment of the town hall at the beginning of the nineteenth century, the oak panels were removed and disappeared from sight until their rediscovery in 2005. Their exhibition in the new Wiesbaden town hall in 2010 did not meet with great enthusiasm because the personification of the Virtues in the form of plump female figures had long ceased to be comprehensible, even though on closer examination there is a wealth of symbolic elements to convey the nature and character of the Virtues that might fuel the discussion of our present-day social values.

I agreed to attempt an updated interpretation of the Virtues while maintaining the symbolism and popular character of the seventeenth-century panels. The idea was to juxtapose the old and the modern interpretations in a display at the museum. Between 2010 and 2017, I created seven polystyrene reliefs of the virtues painted with acrylic:

A few of the reliefs were presented at the Wiesbaden town hall in 2010 in an exhibition of the Künstergruppe 50, of which I am a member. But the planned juxtaposition with the seventeenth-century oak panels never came to pass – nor for that matter did the construction of the Stadtmuseum on Wilhelmstraße. This publication does at long last accomplish the juxtaposition, albeit on paper only.

Wisdom with the symbolic serpent, mirror, torch and staff

Moderation with the symbolic spectacles, fish, hourglass, dove and compass

Faith with the symbolic book, tablets of the law, cross, burning heart, candelabrum and chalice 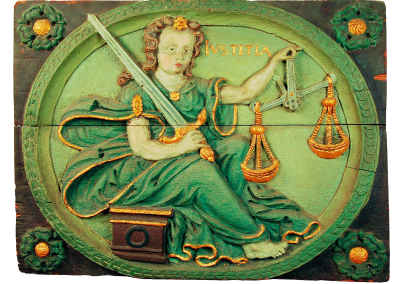 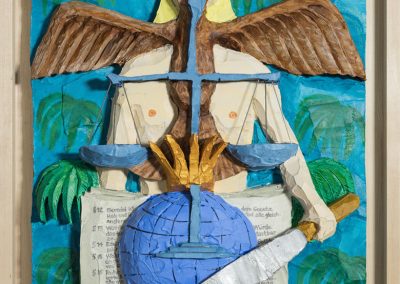 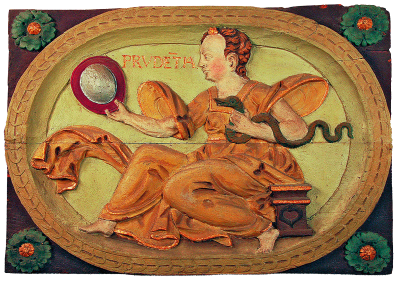 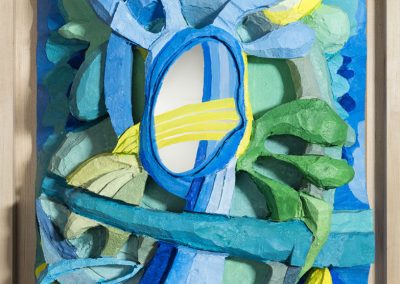 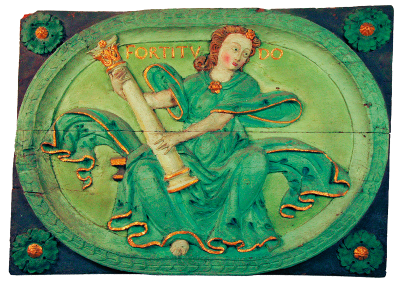 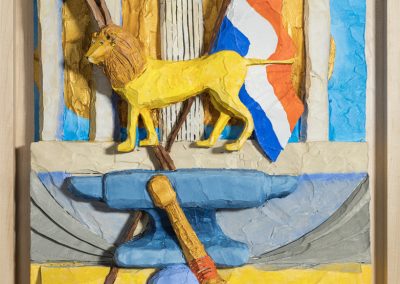 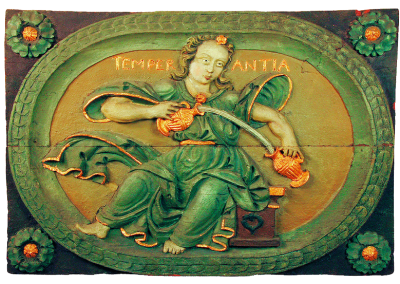 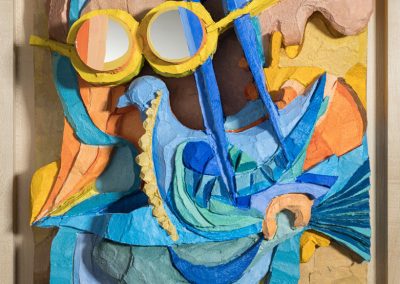 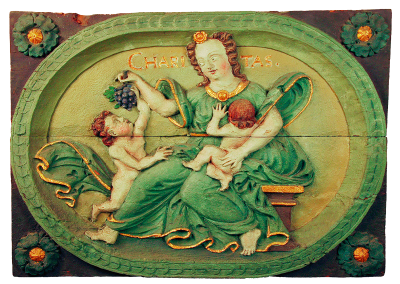 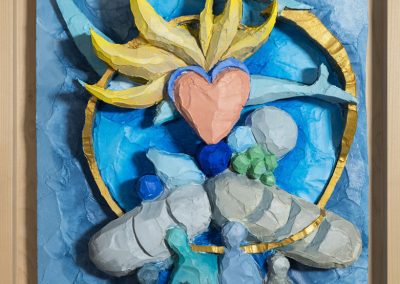 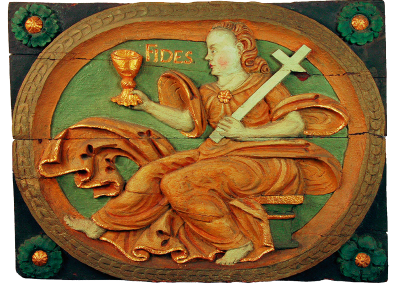 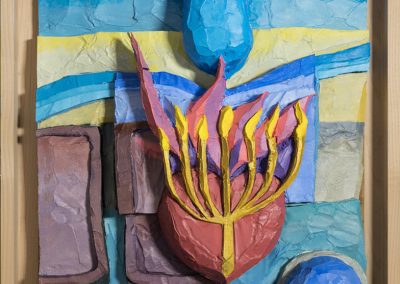 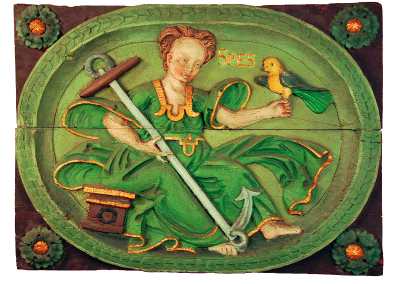 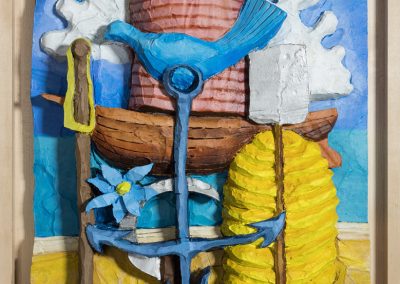 Working with polystyrene and acrylic to create reliefs and sculptures continued to fascinate me. For the exhibition of the Künstlergruppe 50 at the Wrocław academy in 2011, I created two sculptures (Rhapsody in Blue and Yellow Submarine).

The titles give expression to my prevailing mood at the time. George Gershwin and the Beatles expressed it musically. 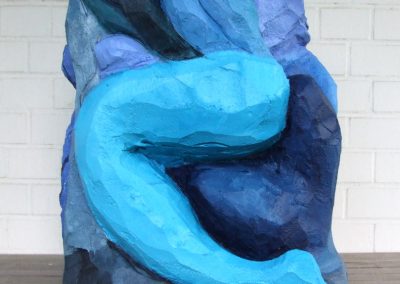 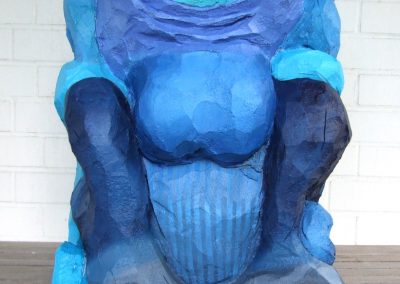 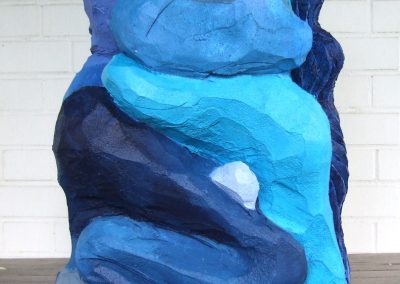 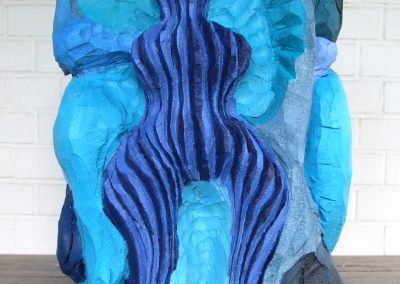 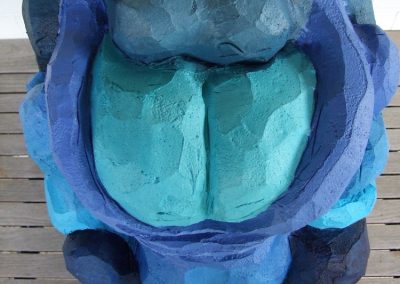 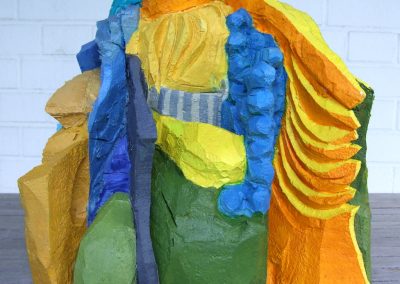 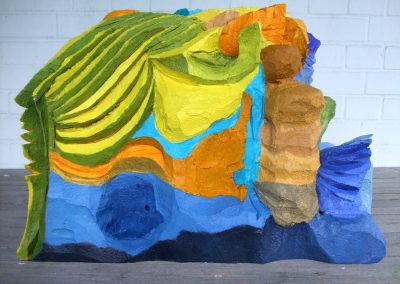 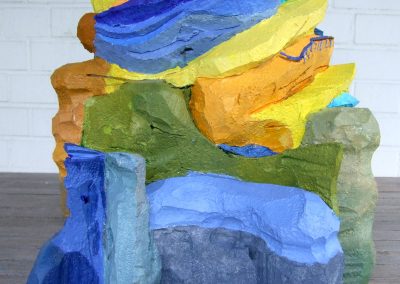 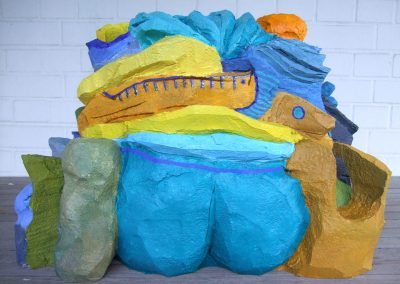 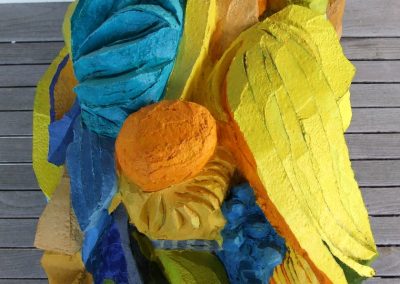 2014 I created two reliefs (It would love to … it and It would love to … her) for the exhibition of the professional artists’ organisation Berufsverband Bildender Künstler/innen. The dynamic reliefs with their trembling antennae bespeak and proclaim their creator’s latent sensuality and joie de vivre. 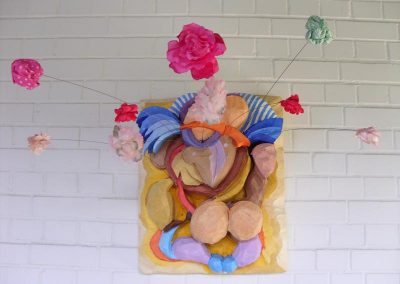 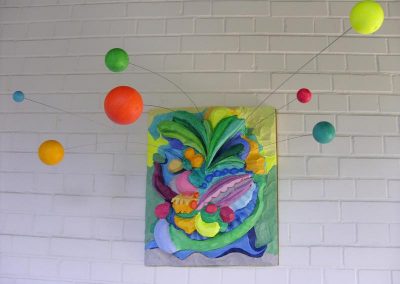