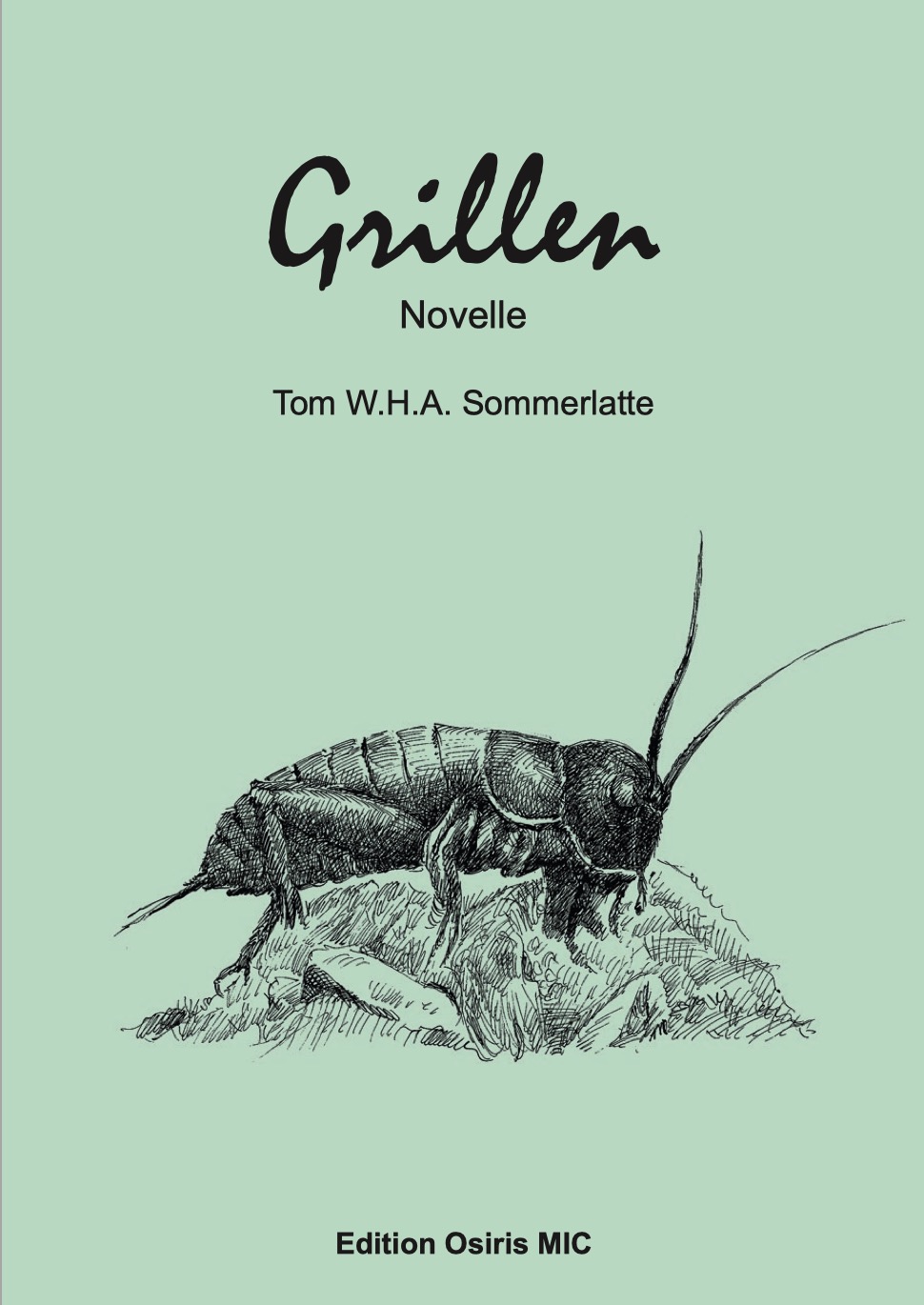 You can see Sander’s aversion, though he tries to hide it. He stops at the window, in front of the plaster sculptures. The paintings lean against the wall, their stretcher frames facing outwards. He is hesitant; your being in his apartment makes him feel exposed.

He barely opens his lips when he speaks, is affected as he formulates his thoughts and exaggerates his search for the right words with his eyes half closed, as if what he wants to say were assuming its form on a distant stratum. You grow impatient, want to pin him down about the thoughts behind his images, about the level of conscious intention. He finds your questions insipid, accuses you of believing you could expose what makes him tick.

There are days when he finds himself in a restless state, an excited state in which the abilities he possesses appear unbearably mediocre, so that he remains in his studio, worn down by the pressure that threatens to drive him mad. In this state, he paints with no particular intention. He is, in fact, helpless. He turns inward far too quickly to be able to work on any particular thing, yet paintings emerge nevertheless. They are accidental traces of his mental state. The paintings essentially have no relationship to him, he usually forgets the details of what was going on in his mind when he created them.

Sometimes, though, he has the feeling of seeing quite clearly, only through the unsaid not yet within reach, an image he wants to realize, that will capture his inner clarity, as if everything is already fixed in his imagination – it is a certainty that makes him indifferent to time, to his work, not only because its realization is only a matter of putting it down on canvas, but because, without trying to understand why, the uncertainty of the last days seems, finally, to have subsided. Unhurried, he enjoys watching it getting later and later, holding idle discourse, prolonging this preliminary stage of production as long as possible. In the end, however, he finds himself in his apartment again, noticing, even as he works on the first parts of the painting, how a creeping disappointment takes hold of him.

In spite of all his careful attention, the colors are too dull or too harsh, as if the shades he had in mind did not exist, as if it were impossible to paint the picture at all. The outcome is a mere semblance that irrevocably distances him from the resolution he thought to have already found. Seeing before him what emerges in its place, strange and unintentional, causes the inner picture to gradually fade away. From that point on, if he wants to continue painting, he must shift his focus, become skeptical. He must have the tenacity for the arduous act of conscious construction through which, contrary to his expectations, the painting will be completed.

When it’s over, he finds himself over and over in unforeseeably lengthy voids, days and weeks, in which he feels nothing, no restlessness, no urge to express himself. It seems unimaginable and arrogant to him to want to express meaningful things in a language that others will analyze in search of signs. But these thoughts occurred to him only cursorily, more decisive was, for example, that he was holding the aluminum tubes in his hand not even aware of what they were for, that he wants for nothing and has no expectations.

You must realize that you’re too different to comprehend him, that you’re not privy to the sensitivity, the fateful intensity to which he alone has recourse, that you live an anesthetized, feeble and rational existence, an existence obsessed with needing to perform some useful activity. Your attempt to be more honest than he – the barren honesty with which you question his paintings, which, were he to decipher them for you, threaten to dwindle into banality – spurs him to recalcitrance. You insist that symbols can only represent something that can be communicated without them; you are aggressive, because, dissatisfied with yourself, you cannot abide his apparent self-contentment. You’ve grown accustomed to reproaching him that the changes intruding upon his life originate from the realm you occupy and whose language you speak. This language, Sander believes, impedes your understanding of everything that cannot be explained, that cannot be described. You don’t understand, you merely chatter yourself into ignorance. Your life becomes ever more devoid of content the more you want to rid it of its mystery.

Sander’s reproofs are like grotesques grinning at you, before whose gaze you stumble backwards into a great void. You sit facing each other as shadowy figures; in the silence you imagine to hear the last, pale-blue light fading away. You should stand up and walk away, you survey the distance between you and the door, the hand-woven carpet you will traverse, the darkened room, the big oily-brown door, and you realize that, in a peculiar way, you relish being misunderstood by Sander, that you like the sentimental notion of being lonely.