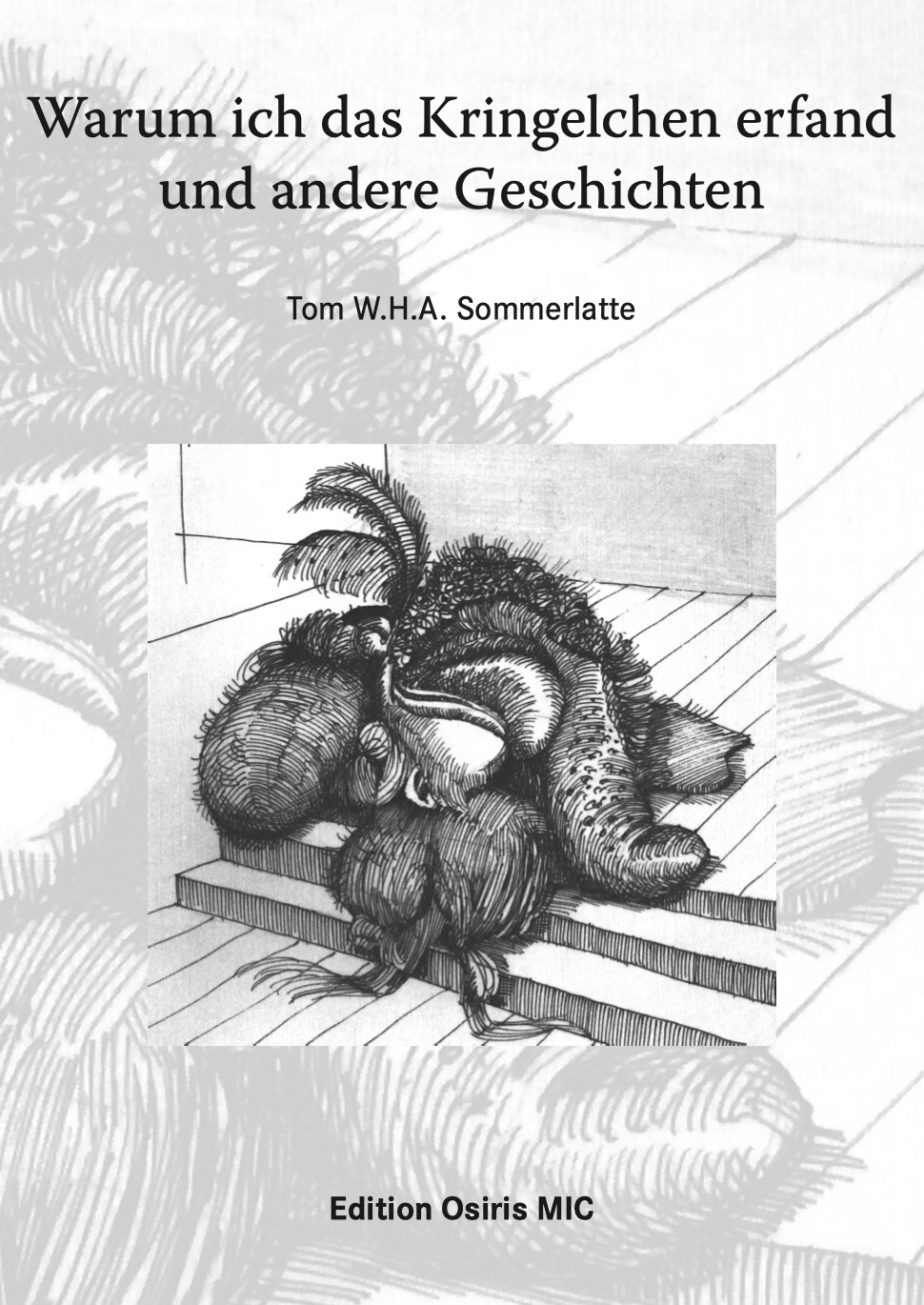 Why I invented the Squiglet

When I opened my eyes, the light shining through the square holes in the wall blinded me, then I put my feet on the hard, smooth floor of the room I was in, bumping into right-angled edges, vertical and horizontal, bright symmetry surrounding me, stained wood, flat and dead, fabric that hung neatly, iron handles and keys.

Above me and below me other walls that covered cubic holes, making the cube the basic element of human order. Chlorinated water flowed out of taps in an adjustable stream, I pressed grey plastic shells firmly against my ears to hear voices transformed into electric vibrations.

The solidified had taken over, no wind bent nor anything else, nothing grew, nothing changed, no angels lived in porcelain tiles, and butterflies broke their wings on crystal flowers. The swallows had fallen dying in the gutter, and scabies-sick sparrows nested on ledges and used prescribed flight paths.

So I walked restlessly in the measured, clear order until I invented the curl. First it was to be black, then bright, but bright colours were enough around me, and I made it grey, gave it a hundred different, dirty, ugly, inconspicuous shades of grey. And when it fell and deformed like an amoeba and swelled and floated, the greys mixed up in a confused way. It was neither prickly nor soft, the little curl, one was not aware of the feeling it caused. The fact that it gave way at the slightest touch and began to wobble was enough to make it impossible to describe its consistency.

Sometimes it was reminiscent of the tickling sensation that unexpected water struts cause when swimming on the stomach. Nor did it have a fixed shape, once this, once that, if you wanted to shape it, it immediately fell into the most indefinable contortion and lay there sluggishly, only to let the protruding hairy parts waggle irregularly and completely obeying chance.

I immediately asked myself what purpose the little curl had: it had no purpose at all. You could throw it away holding it in your hands, it gurgled at you from the window sill and from corners, it was so crooked and senseless that it made every construction around it look ridiculous: clocks went wrong near it, tables began to wobble, clean objects looked greasy and dismal. His most important ability was that of transformation. A moment ago it could have been endlessly long, scrawny and prickly, and suddenly it became round and fat and spherical and characterless. Why did I invent the curl? In protest against the stone and corner world in which I live, as squeaks against the ordered sounds, as giggles, as grunts, as nonsense against order.

Since I invented the curl, I can bear the edges and cubes much more easily.